If you’re in Sweden and you aren’t Swedish, chances are you’ll be a bit confused about Swedish holidays and the traditions associated with them.

Why, for instance, are people dancing around a pole shaped like a penis on the longest day of summer?
Why are people going to cottages in the woods and eating gargantuan amounts of crayfish in August?
Why were you drunk in Lund’s Stadsparken before noon, a few weeks ago?
Hopefully this article will help clear some things up. 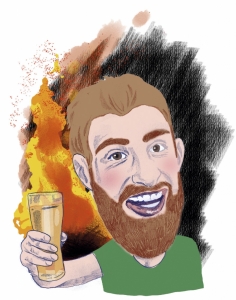 Valborg – 31st of April
The only day of the year Uni students are happy to wake up early, Valborg involves going to a park early in the morning and drinking all day, then lighting

bonfires and drinking more at night. Lund is famous for its Valborg celebrations, and people will come from all over Sweden to join the celebration at Lund’s city park, where about 30,000 people gather every year. Traditionally, Valborg descended from a viking fertility ritual, but in modern times it’s morphed into more of a celebration of Spring, and an excuse for thawing-out Swedes to come together and celebrate the lengthening daylight hours.

Kristi Himmelfärd – 25th of May
Although Sweden is one of the most secular countries in the world, Swedish people don’t seem to mind 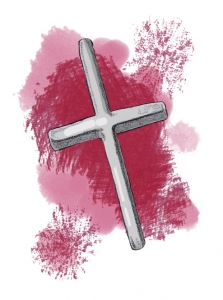 holding on to the religious holidays that get them time off work – Easter, Santa Lucia, and Kristi Himmelfärd being some of them. Kristi Himmelfärd, celebrated on the 40th day after Easter, celebrates the ascension of Christ. And while there aren’t any strong Swedish traditions associated with the holiday many Swedes will use the opportunity to go for a weekend trip. It’s officially a day of temperance and sobriety – except when it coincides with Valborg Day, an unofficial national drinking day, in which case the Swedes prioritize the drinking. Don’t worry, you likely won’t have to decide between spirits or the Holy Spirit in your lifetime; these two holidays won’t coincide again until the year 2285.

National day – 6th of June
Sweden’s national day is June 6 – but no one is quite sure what the date commemorates, how they ought to celebrate it, or why they have the day off. Compare this with Norway’s national day, which was even celebrated en masse in the California school the author of this article went to, and featured hordes of people in Viking helmets waving Norwegian flags and body-painted in Norwegian colors taking to the streets and singing traditional Norwegian songs.

Midsummer – 23rd of June
When the sun re-appears in Spring, Swedes eagerly spend as much time as possible outside absorbing it, and Midsummer’s bizarre traditions are the result of the sun going to their heads. It’s an important holiday in Sweden, second only to Christmas. The festivities include dancing around the maypole (a phallic symbol) while pretending to be a frog, collecting seven kinds of flowers from seven different fields to make a flower-crown, and eating pickled herring washed down with schnapps. Food is a big part of the holiday, and besides pickled herring, it’s also traditional to eat boiled potatoes with sour cream and dill. And dessert usually makes use of the first strawberries of the summer. The summer is a romantic time and the night often ends with a dance to Dans-band music. Don’t fret if you go home alone – legend has it that if you lay flowers under your pillow you will dream of your future spouse! 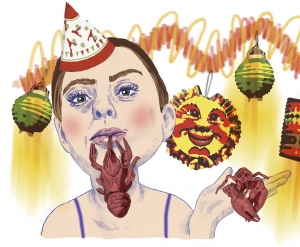 Kräftskiva (“Crayfish party”) – 8th of August until early September
Fishing crayfish (also known as “crawfish” or “crawdad,” depending on where you come from; they look like miniature lobsters) used to be banned in Sweden, except for the last three weeks of August. So, naturally, that was the traditional time to eat tons of crayfish. This holiday isn’t as widely celebrated as Midsummer, but the two holidays have some similarities; they’re both intended to be celebrated outdoors, and many Swedes will head to their summer houses to host outdoor dinners in a bucolic setting. All guests at the dinner must wear bibs and pointy dunce caps, and the table is decorated with garish paper lanterns and sometimes even napkins with pictures of crayfish on them. Like most Swedish holidays, drinking is part of the festivities, and the traditional alcohol of choice is schnapps.