It’s shortly after 22:00 when I meet Raccoon at the outskirts of Lund. I came as he’d told me to: wearing dark-colored clothing and running shoes and disposable gloves, a duffel bag slung over my shoulder to store the loot.

My toes are freezing in the running shoes, and I ask Raccoon why I’d had to wear them: is it in case we have to run away?

He shrugs. “Maybe. Probably not. More likely that we have to climb a fence.”

It feels like we’re criminals preparing for a burglary – and I suppose what we’re about to do could, by some definitions, be stealing, which is why he’d asked me to call him “Raccoon” in this article instead of using his real name.

But by Raccoon’s definition we’re not stealing. He says he prefers to think of it as rescuing: that the food we’re about to take out of a grocery store’s dumpsters would otherwise be wasted, left to die a sad, useless death in a landfill. We’re rescuing the food from that fate, Raccoon says, and by extension we’re rescuing the energy, resources, and effort that went into delivering the food.

Like any lifestyle movement, there’s a broad spectrum to freeganism. Some fringe freegans participate in dumpster diving for mostly economical reasons, while more radical ones are inspired by the anti-consumerist philosophy and the environmental implications. Raccoon describes himself as somewhere in the middle.

“Yes, of course it’s nice to not have to buy so much food, as a poor student,” he says, “but I also like very much the idea that I am not creating new demand for things. You know? I am using what is already being produced and not being used.”

But Raccoon does pay for some things. He supplements his dumpster hauls with food he actually buys from the grocery store, and pays the rent for the room in his corridor. He has a bus card and buys clothes – though he says he only shops at second hand stores. He explains that die-hard freegans would do none of those things: they’d eat only rescued food, and either squat in buildings or crash on couches, and hitchhike when they needed to get around, and trade for goods and services.

Raccoon is explaining this all as he’s bent double over the lip of the dumpster, elbow-deep in discarded produce. He takes a moment to examine a bag of apples before tossing it into the pile by his bag. He sniffs a carton of mushrooms; he crinkles his nose, and returns them to the dumpster. Once he’s done in the dumpster he calls me over to look at the haul: a bag of apples, assorted bunches of green leafy veggies, a few avocados, a couple of packs of coffee, and two bouquets of tulips.

I ask him the obvious question: it’s trash, are you comfortable eating trash?

He picks up the bag of apples and turns it over in his hands, looking at it in the light of the headlamp he’s wearing.

“But what makes something trash? It’s just that it’s not wanted. These, here” – finding the price sticker on the bag of apples’ label – “someone two hours ago would have paid twenty kronor for these. And then they were not wanted by closing time, so they were thrown out, made into trash. But nothing has happened to them in the past two hours,” he says, illustrating his point by opening the bag and pulling out an apple and turning it over in the light of his headlamp; I lean in to look, and it is, indeed, a perfectly normal apple – “And now I want them, so they are wanted. No longer trash.”

If he’d had any flare for the dramatic, he would have taken a bite of the apple to drive the point home. But he doesn’t; he returns it to the bag, and puts the bag in his duffel along with the rest of the no-longer-trash.

“And, of course, I wash everything before eating it,” he adds matter-of-factly. 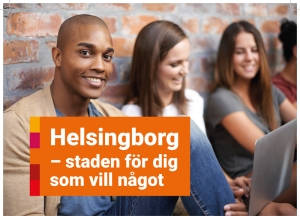